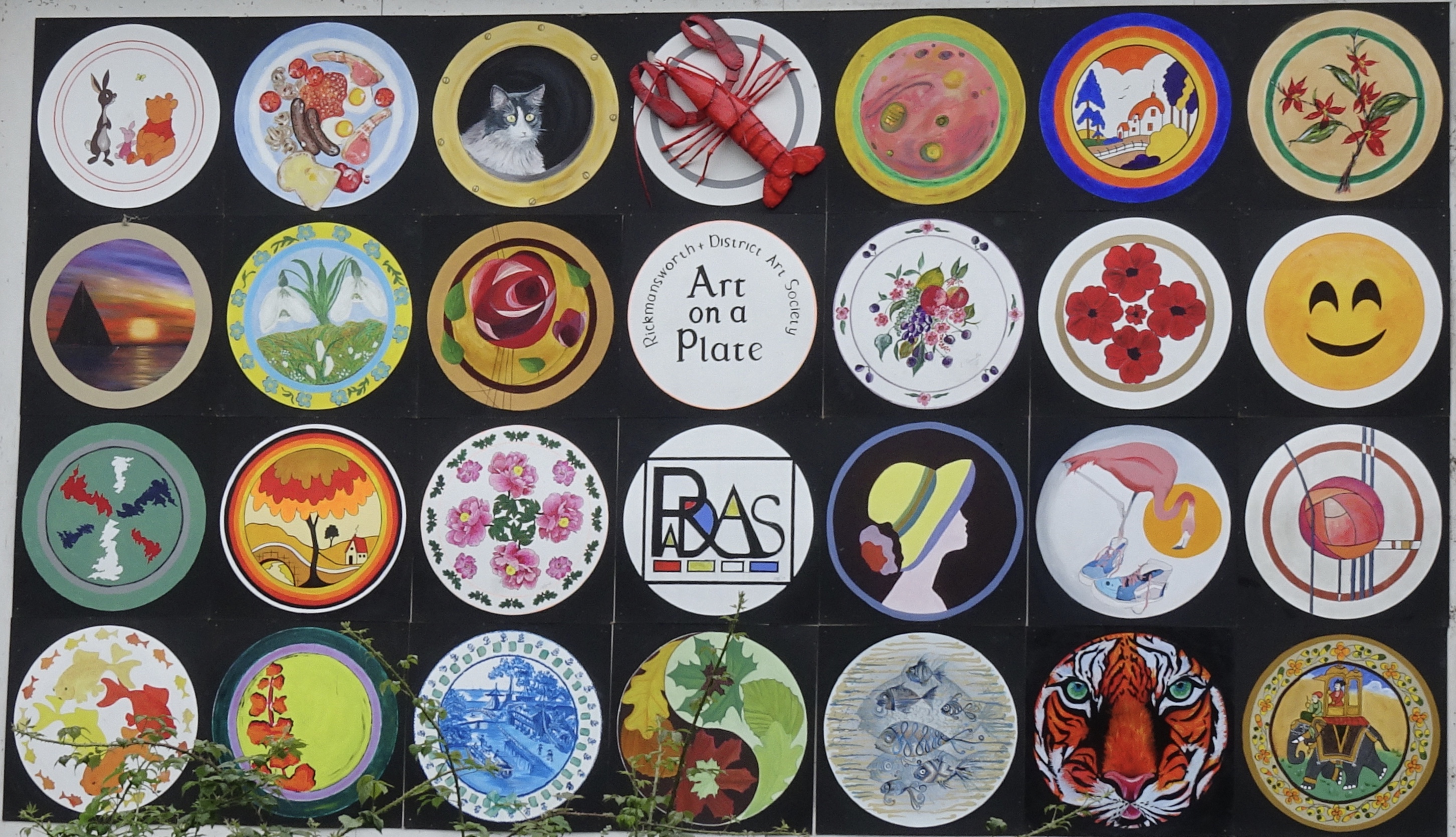 A very successful exhibition was held in the RVS building at the start of Rickmansworth Week. Last years idea of a public vote for the favourite picture was repeated. Two hundred and eight votes were cast giving an idea of the foot fall. The winner was Andrew Schofield with 16 votes for the painting of ‘Ricky Festival’. Second was Liz Hudson with 14 votes for ‘Buddy’ and jointly third was Andrew with ‘Sea of Poppies’ and Brian Morgan with ‘40 Years on the Met’, both with 11 votes The Society was again able to exhibit at the Rickmansworth Canal Festival in the Environment Tent, with an enlarged area for display. Eight members exhibited; there were a few sales but chiefly it was a publicity exercise.

The paintings for the Tesco Mural were also exhibited and provoked some interested comments.